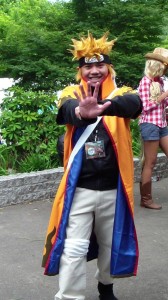 First up we have Naruto Uzumaki showing us how he does the Rasengan! I thought it started to feel windy in here. 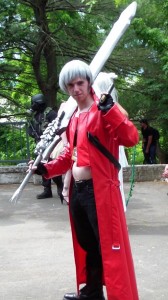 Here we have the badass of badasses Dante from Devil May Cry! You can tell from this picture that this guy know how to party! 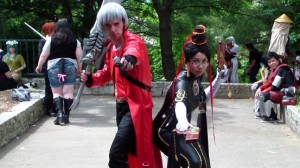 Dante is now join by the sexy witch herself Bayonetta! Now this is a duo you demon don’t want to meet in a dark ally! 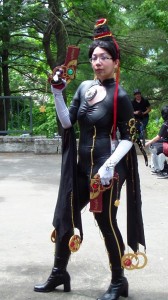 She was so nice, i had to take her picture twice. This sexy Bayonetta has all the boys raving! 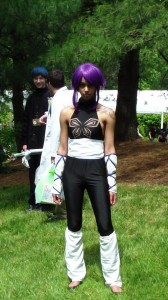 Here we have Yoruichi from Bleach in her ninja form! Go ninja go ninja go! 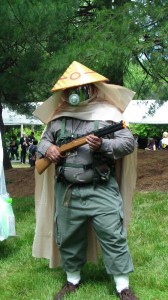 Now we have the Desert Punk Kanta Mizuno himself making appearance. He must of heard there were alot of cute girls here. 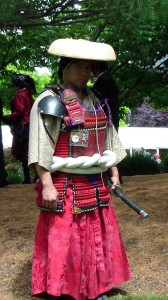 Stepping into the light is Misturagi from the Soul Caliber series. I’m just glad he hasn’t drawn his blade yet. 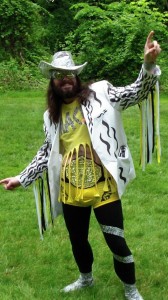 Ladies and Gentlemen! Now entering the ring is the legendary Macho Man Randy Savage! Now excuse me, I got to go snap into a Slim Jim! OOOOHHHHHHH YYYYYEEEEAAAAAAHHHHH!!!!!!

Now the next couple of picture are of an awesome cosplayer portraying Noel Vermillion from the BlazBlue fighting series. Her cosplay was so awesome that I took a couple of pictures in different poses. No funny jokes needed here! 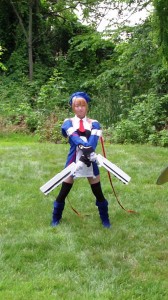 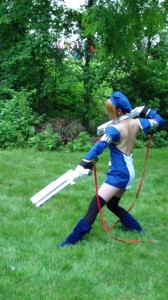 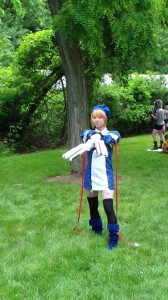 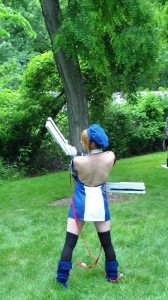 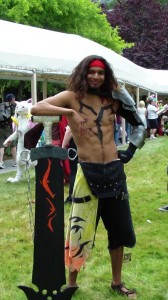 And last but not least, we have an awesome Jecht from Final Fantasy X! Now that a knife!