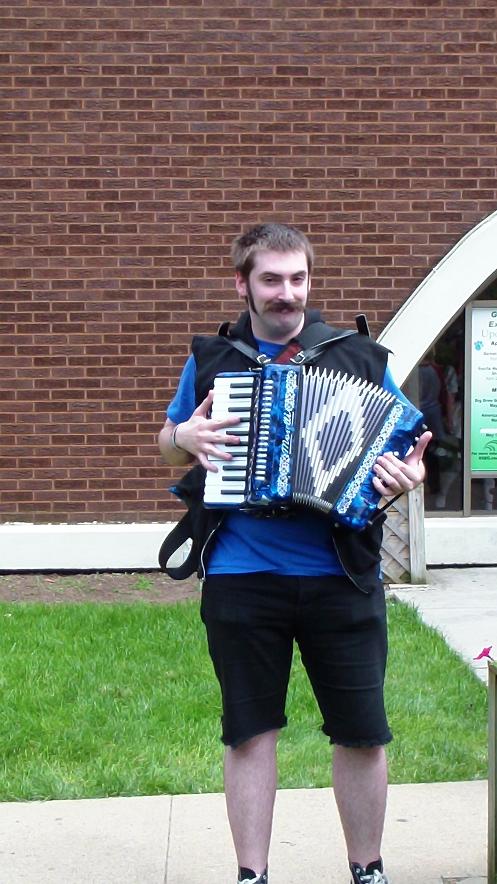 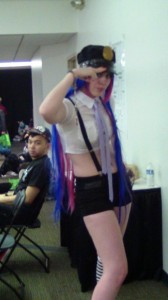 Here we have a lovely Police Stocking from Panty & Stocking with Gaterbelt. As you will see, police version of Panty and Stocking were very popular this year. 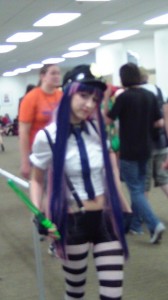 This Stocking looks like she means business! I better make sure I stay away from that Neon Baton! 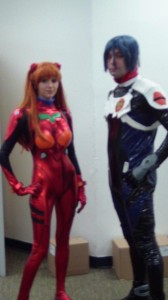 From Evangelion we see two wonderful cosplay of Asuka and Shinji. Why to i have a feeling that Asuka dragged Shinji into this! 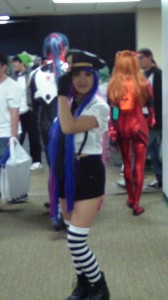 This lovely Stocking is as sweet as the sweets she eats. She looks like a peaches and cream type of sweets to me! (10 point to those who get the reference.) 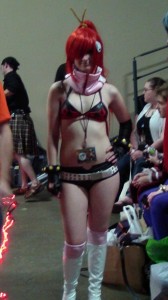 Yoko from Gurren Lagaan here is as deadly as she is pretty. If only she hadn’t forgot her gun! 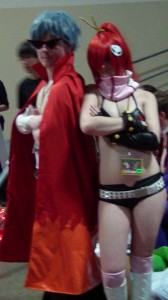 Kamina arrives to give Yoko some backup! From what I’ve seen in the anime Yoko, your doomed! 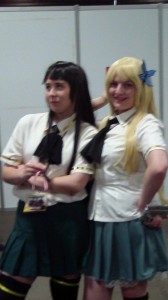 The girls from Boku wa Tomodachi ga Sukunai, Yozora Mikazuki and Sena Kashiwazaki have appeared on the scene. Just keep Sena away from the eroge games! 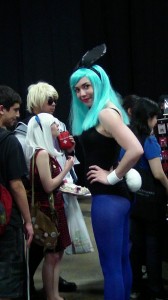 Now we see Bulma in her Bunny outfit from the original Dragon Ball series. My friend Donovan would be thrilled! 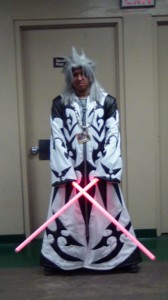 Xermas of Kingdom Hearts show he ready to steal as many hearts as he can. Disney never made bad look so good! 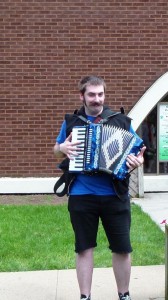 No cosplay here, just a man playing his accordion. Why? Cause accordion are awesome that’s why!